I grew Cyclanthera 'Fat Baby' as an ornamental last season and posted photos of it on G+. There, I met Anna who was growing Caigua (Cyclanthera pedata). We traded seeds.


Surprisingly, these tender vines were able to cope with a few light frosts. I harvested this small lot on Aug. 30 and a slightly larger crop in mid-September. They are different in texture to cucumber but share a similar flavour. They can be pickled, sautéed or eaten fresh. As they mature, the pods become hollow which makes them perfect for stuffing.

As previously mentioned, I grew small container crops of potatoes this year that tucked away neatly between the beds. Yields were small to medium but provided plenty of seasonal fodder.

It's interesting to note that none of the varieties actually bloomed except for Russian Blue which produced seed pods as well. (I'll be experimenting with those next year).

The potager has seen better days. The lovely Rugosa hedge gracing the front of it was removed to accomodate 3 new beds which I won't be keeping after all. I extended the potager on the side, instead, to accommodate the asparagus.


Cold and sluggy. Nothing like last year which was our best season so far. We had late spring frosts and frost warnings well into the first week of June. A new record low was established in late July and September was exceptionally frosty.
Other than that, it was lovely. :D

I chose to container-grow my cucurbits because of last year's cucurbit pest fest. The containers were dotted around the yard. I kept having to reseed because of slug damage and crops were late as a result. Yields were mediocre. Plastic containers did poorly. My wire baskets did ok.

On the bright side, I'm glad to report that the pest population was down. Cucumber beetle was fairly easy to keep in check. Squash bug shone by its absence. In all fairness, however, I credit Mother Nature (not my setup) for that. (Did you also notice the butterfly population was down this season?)

Tomatoes did alright despite the weather. Cherry varieties started cropping in late July; main varieties in early August. The main harvest was gathered in mid-August and plants were pulled in early and mid-September. I won't be growing as many toms, next year.
Tomatillos did fine. I made plenty of pineapple tomatillo jelly. Yum!
Peppers, slug damage aside, did OK. Peppers are becoming a favourite crop and more space will be reserved for them next season.
Potatoes (separate post)

Needless to say, the slugs had a field day on my direct sowings. Thankfully, I have a few perennial crops to fall back on, like sorrel and orach (not perennial, per se, but reliable self-seeder). I let my 'Speckles' lettuce go to seed last year and got plenty of volunteers which didn't fall under attack (go figure). I'm considering fall sowing my greens from now on. I've also introduced Good King Henry (Chenopodium bonus-henricus) to the potager, as another perennial crop.

The Brassica greens did ok. I let the arugula go to seed because it has such pretty flowers. They're still blooming as we speak!
Well I haven't covered everything but this post is already too long. Will update photo album eventually.

Today was crosne's turn to get scrutinized. I acquired and planted these cute perennial root vegetables last Autumn. As indicated on label, they will require another season to mature. 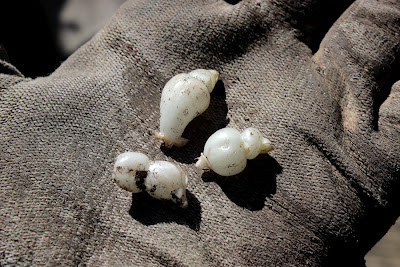 Some were plumper though not full size yet. I rinsed and wolfed them down. Deliciously fresh and crispy!
@ 9/25/2013 No comments:

Houston, We Have Peanuts


My poke around the roots, last week, was inconclusive, so today, out of curiosity, I pulled up one of the plants. Despite a challenging season, I seem to have managed a crop. A modest one, at best, with only half a dozen plants. I doubt they'll bulk up any further with the chilly nights we're having, but I'll grant them another week. We're expecting lots of sun. 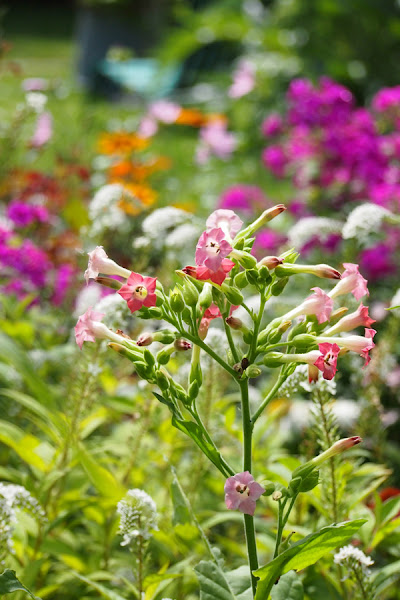 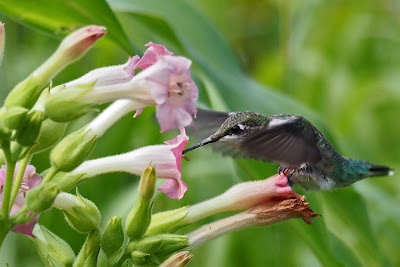 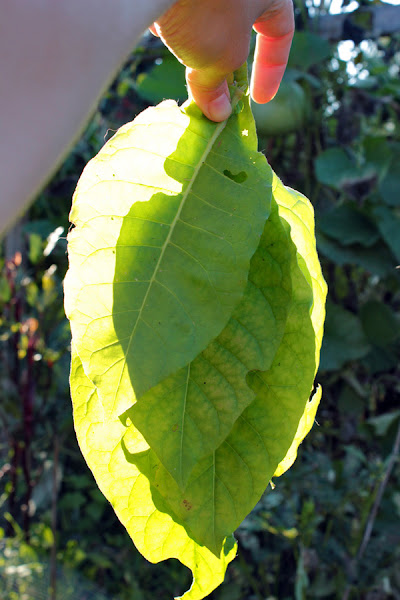 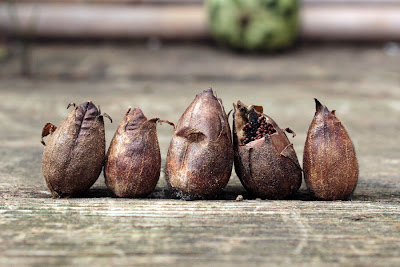 Just as my cardoon is beginning to flower.


Drats. This frost is 2 weeks early. Hang in there, bud.

Another frost warning tonight (yikes!) but my bud has bloomed
and is showing off nicely. :) 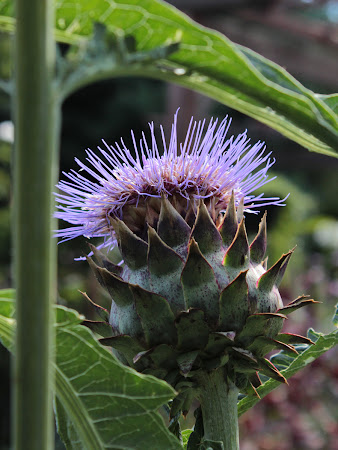 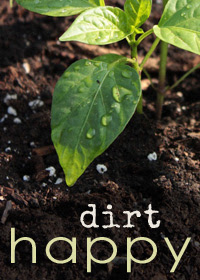 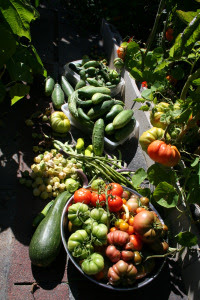 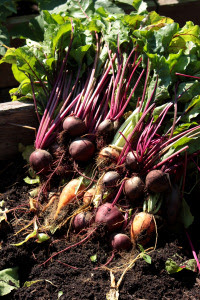 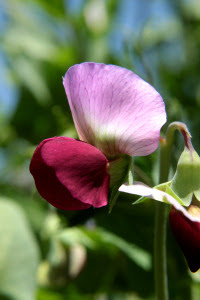 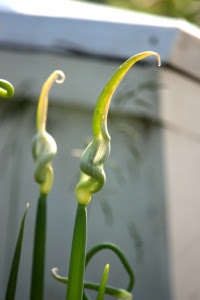 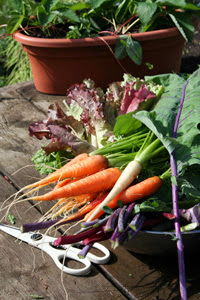 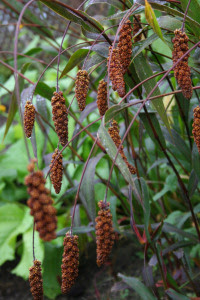 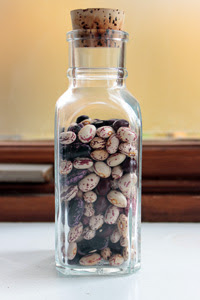 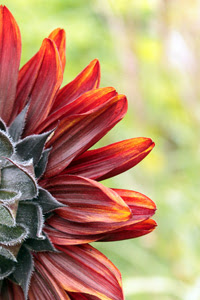 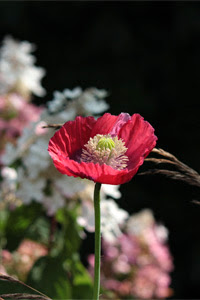 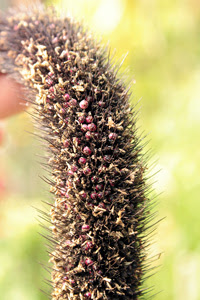 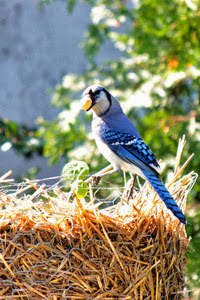 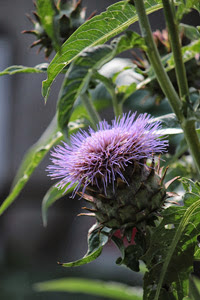 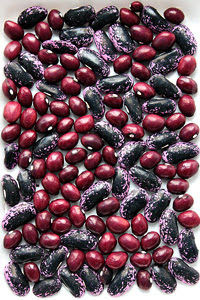